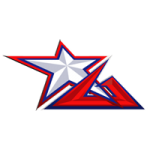 Most frequently asked questions and answers

Is it mandatory to purchase the fitness package?

No, it is not mandatory. You may use equipment you already have or you may purchase equipment from a vendor of your choice. The AGF equipment packages have been selected to make the best use of your facility and provide your clients with the highest quality equipment. AGF has also negotiated the most competitive pricing in the industry.

What if I want to convert my existing gym or I already have the equipment?

You are welcome to set up your AGF License to meet your needs as long as you and your trainers have the experience and qualifications. You must also meet AGF requirements and be accepted by the AGF Licensing Director.

How much does the AGF license cost with my own equipment or if I currently own a gym?

We believe it is better for you to have a low fixed fee than 5-7% of your hard earned money as required by most franchises.

What will this license include?

It will include the following:
• AGF license term for 3 years with option to extend
• Use of the American Gladiators Fitness™ brand and logos
• Official License to sell official AGF merchandise
• A protected territory depending on population

If I pay the license fee am I approved?

No, you will have to pass the necessary requirements. AGF is one the most well recognized and respected brands around the globe today. We must ensure that brand is kept to these standards and that our licensees are of the same caliber as AGF.

No. It is one of the major benefits of being a licensee and you can not only sell your gear as a valuable profit center, but you can also use branded merchandise for referral rewards and other marketing incentives.

Does my fitclub have to have a certain look or design as a requirement?

No. Have your club look anyway you like with approval from AGF.

How large/small does my fitclub have to be?

We sincerely appreciate your interest in owning your own American Gladiators Fitness™ FitClub. However, AGF has strong standards of excellence that we adhere to. Unfortunately many other fitness licensing businesses do not require their owner/operators to meet high industry standards. This allows less-than-qualified men and women to obtain a license, open their own studio, and expose their members and guests to subpar training services and increased risk of injury.

We are committed to having only the best possible working professionals as licensed owner/operators. We require a minimum of 2 years of full time current work in the health, fitness or sports training industries. In addition our licensees must hold the minimum of a current, primary certification with a nationally accredited certification group or association such as ACE, ACSM, AFAA, CI, IPFA, ISSA, NASM, NCSF, NFPT, NPTI, NSCA, Scirion Inst., USKF, etc.

*Verification of your accredited certifications and CEU courses.

Once we have received your initial application, we can move forward with the next steps of qualifying you as a potential American Gladiators Fitness™ FitClub licensee.

PLEASE NOTE:  Your initial application is free of charge.
Once your initial application has been accepted you will shortly be contacted. The next step: there is an extensive secondary application and phone interview required plus a non-refundable fee of $75.00. Once the second application is approved and you are now ready for your official American Gladiators Fitness™ license there is an initial $1,000 non-refundable security deposit required upon notice of acceptance of your second application to secure your protected territory for 30 days. During that 30 day time you must have secured your location and have signed the American Gladiators Fitness™ licensing Agreement with your balance paid in full within 14 days.  Your initial deposit will be applied to the total cost of the initial licensing fee.

We have recently seen an immense increase in profitability of the fitness industry. This also means that there is an attractive prospect in terms of jobs and businesses in the industry. The U.S. Bureau of Labor Statistics suggests that the number of jobs within this industry is expected to increase by more than 23% over the next 10 years. The bureau also said that the number of jobs available under “fitness and recreational sports centers” even went up to 484,200 in 2010.

Economists justify this prediction by looking at how businesses and corporations are offering health club
memberships to their employees as incentives.[iii] Besides this, baby boomers are being encouraged to exercise regularly, so that they can stay healthy and fight the effects of aging. Let’s look at the current situation of fitness centers and jobs in the fitness industry:

According to the annual surveys conducted by the International Health, Racquet, and Sportsclub Association (IHRSA), there has been a significant increase in the number of health clubs, gyms, and other fitness centers. From the list found in the Yellow Pages, there are 30,500 fitness centers in the US as of January 2012. Back in 2005, this number was just around 26,830 and gradually increased over the years.

The number of people deciding to join a fitness center has also risen to a significant amount. According to the IHRSA statistics, the number of health club or gym memberships has increased from 41.3 million in 2005 to 50.2 million in 2012. The most current reports show number of people who have at least used a health club in 2012 increased those with memberships by 8 million in the same year. This means that as of January 2013, there are approximately 58.5 million Americans who are utilizing fitness center via membership or other type of status.

With these statistics, it might be safe to say that there are attractive prospects for jobs in the fitness industry. The number of personal trainers has also risen incredibly over the past few years. According to the Labor Department, there were 231,500 personal trainers in America as of 2011. This is a 44% increase in the numbers from 2001. That’s why you find so many people who are trying to turn their passion for fitness into a successful career.

Economists from the Bureau of Labor Statistics suggest that occupations like fitness instructors and personal trainers are the driving force in the success of the fitness industry.  According to their calculations, the number of people in these occupations is expected to increase by 31.7% by 2020.

The Physical Activity Council Topline Report revealed that over 60% of Americans regularly participate in fitness sports as of 2012. This is the fifth consecutive year in which these numbers have remained stable at 60% or more. This goes to show that the fitness trend is not going away soon in America and the fitness industry is only going to grow stronger each year. All in all, fitness is a profitable industry in the US and the numbers will only continue to rise. 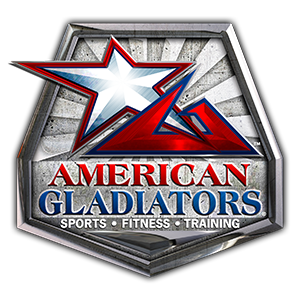 Fill out the form below and an American Gladiators Fitness™ sales consultant will reach out to you.

Or give us a call at: